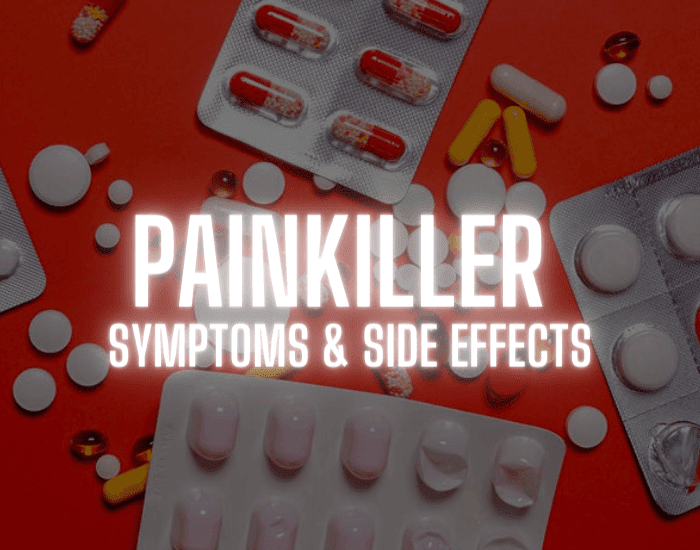 If you think that you have an opioid addiction or call the U.S. Substance Abuse and Mental Health Services Administration (SAMHSA) National Helpline at 1-800-662-HELP.

If you experience a severe side effect, you or your doctor may send a report to the Food and Drug Administration’s (FDA) MedWatch Adverse Event Reporting program online (http://www.fda.gov/Safety/MedWatch) or by phone (1-800-332-1088). This post is not intended to educate you on treating your pain at home with any medications listed below.

Furthermore, illegal activity or drug trafficking on the street is not tolerated. (Medlineplus.gov)

Patients suffering from mild to severe pain are the target market for pain meds. Unfortunately, even though painkillers may help patients block their pain receptors, they result in more significant adverse side effects.

The abuse of painkiller medications and their derivatives is a severe health crisis across the globe.

The first event started when a patient got prescribed opioid pain medication. Then the dependent start to become physically attached to the usage of the drugs.

Since 1980, the opioid industry has developed rapidly and profitably for the big pharmaceutical business, so they have been actively advertising opioid medications to medical professionals and the general public. As a result, the number of patients prescribed this type of pain medication has increased dramatically. Primarily, it has caused “the crisis of opioid addiction” until now.

or people refer to as Cody or Captain Cody. A type of morphine painkiller medication extracted from the poppy’s tear or white sap (Opium/Papaver Somniferum). It helps to relieve mild to moderate pain, especially pain after dental surgery. In addition, people use Codeine to treat coughing and diarrhea.

The technical compound of Codeine is codeine sulfate or codeine phosphate, which is kept in a solid state that has a texture similar to salt.

Even though Codeine is a type of painkiller medication, people use it to combine with soft drinks or alcohol to create a trendy drink available on the street. Lean, Sizzurp, Purple drank, or purple Codeine is the result of the mixture of codeine cough medicine, promethazine, and soda pops or alcohol.

Purple Codeine is a slang term for a highly addictive beverage or combination created of codeine cough medicine, promethazine, and sugary soft drinks such as Sprite or Mountain Dew.

To provide more significant pain relief, Codeine often gets mixed with one or more types of painkiller medications such as paracetamol, Tylenol, Aspirin, ibuprofen, phenacetin, naproxen, indomethacin, diclofenac, and others, as well as more complex mixtures.

Besides some patients who can get high on Codeine, some common adverse effects can occur, such as drowsiness and constipation. In addition, less common symptoms have resulted in itching, nausea, vomiting, dry mouth, miosis, orthostatic hypotension, urinary retention, euphoria, dysphoria, anaphylaxis, seizure, acute pancreatitis, and respiratory depression.

A stronger prescription is involved when a severe pain attack for a more extended period, a type of oxycontin. For example, for a patient who has pain from cancer therapy or severe pain that cannot be relieved with any other types of painkiller medication, the treatment of Oxycodone is prescribed.

The neighbor Oxycodone is different from oxycontin because only a portion of Oxycodone is mixed with other medicinal compounds such as ASA, ibuprofen, or Tylox. Oxycodone comes in a narcotic pill or often as a liquid solution, a concentrated solution, a tablet, a capsule, an extended-release (long-acting) tablet (Oxycontin), and an extended-release capsule (Xtampza ER) to take by mouth.

Oxycodone is prescribed depending on the patient’s scale of the pain. Significantly, the medical doctor gradually increases the dosage when he or she cannot control her pain. Consequently, our body will get used to the dosage of Oxycodone, which makes the drug less effective. As a result, oxycodone dosage is increased to keep the pain moderate. Therefore, patients should talk about their concerns during their oxycodone therapy with a medical practitioner.

Oxycodon can be switched to oxycontin when the pain is extreme.

Oxycontin has its street name “hillbilly heroin” because both Oxycontin and Heroin include opium as their active ingredients.

Oxycontin is a pure form of Oxycodone, which makes oxycontin cheaper to produce. Also, it is a potent pain reliever. However, because it contains just Oxycodone, it results in a greater addiction rate.

It is not recommended to use Oxycodone in a severe asthma condition because it causes blockage in breathing problems or damage to the stomach and intestines.

You should state your historical medical records to your medical providers before they prescribe you Oxycodone or any other painkiller medications. You should tell them any of the symptoms you had in the past, such as head injury, seizures, drug or alcohol addiction, mental illness; liver or kidney disease; urination problems; or problems with your gallbladder, pancreas, or thyroid.

In 2020, overdose cases in the younger generation involved in Fentanyl abuse. Especially, one-third of the investigation for illicit drugs involved the mixtures of fentanyl.

Fentanyl is also extracted from the Opium’s tear (Poppy sap). Fentanyl, a very powerful painkiller medication, is used to treat cancer treatment through radiation therapy, palliative care, dyspnea, obstetrics, and anesthesia. Fentanyl injection has fast pain relief and lasts about 2 hours. In the medical practice, fentanyl is also used in nasal spray, skin patches, or buccal injection ( the injection between the inner lining of the gum and the inner side of the cheek in dental practices)

Other factors that increase the risk of respiratory depression are:

The first concern came from over-the-counter painkiller medications such as Aspirin or ASA when people can buy them at a local drug store without any prescriptions. These drugs can help us cope with mild symptoms of headaches or muscle strains.

Prescription painkiller medications have more substantial doses in painkilling and their effectiveness, but they also have more significant risks of damaging the stomach, liver, and cardiovascular.

Taking Aspirin, and acetaminophen to help with the symptoms such as colds, fever, the female menstrual cycle, and minor musculoskeletal pain. When a patient has a condition with swelling and tenderness of one or more joints, muscle pain, and stiffness in joints, non-steroid anti-inflammatory drugs (NSAIDs), COX-2 inhibitors formulations act as pain relievers for these arthritis symptoms.

The side effects of Aspirin, any painkiller medications over-the-counter, or any other types of NSAIDS pills are stomach irritation, stomach bleeding, and increased blood pressure to the risk of heart attack and acute liver failure.

Why are opioids addictive?

The word “opioids” refers to any chemical compound that affects the opioid receptors in the neurological system.

Prescription opioid painkiller medications such as OxyContin and Vicodin have effects similar to Heroin.

Heroin is an opioid because it activates opioid receptors in the central nervous system. Most opioids are prescription painkiller medications. Increased use of Heroin as an initiating opioid of abuse. People can misuse all opioids because of their ability to produce euphoria or feelings of extreme happiness.

Although opioid compounds are manufactured differently, they all have the potential to traverse the blood-brain barrier and activate histamines, a chemical substance in our bodies that assists in the immune and inflammatory responses.

Research suggests that misuse of these painkiller medications may open the door to Heroin use. Data from 2011 showed that an estimated 4 to 6 percent who misuse prescription opioids switch to Heroin, and about 80 percent of people who used Heroin first misused prescription opioids painkiller medications. More recent data suggest that Heroin is frequently the first opioid people use. For example, in a study of those entering treatment for opioid use disorder, approximately one-third reported Heroin as the first opioid they regularly used to get high.

Our bodies will sometimes respond to new environments, particularly new cell development, and learn from their mold that they need to improve their opioid receptors. As a result, our bodies start to experience some tolerance for opioids.

A severe opioid withdrawal symptom makes sufferers incredibly ill for days or even weeks. In the future, the withdrawal patients going back to opioids can result in overdoses because they have to take in large doses of opioids initially, which results in the past treatment.

Sufferers of severe opioid withdrawal symptoms get incredibly sick for days or even weeks. In the future, withdrawal patients who return to opioids may experience overdoses because they must first take significant dosages of opioids, which is the consequence of the previous treatment.

← Opioid use disorder symptoms | Why are opioids addictive? 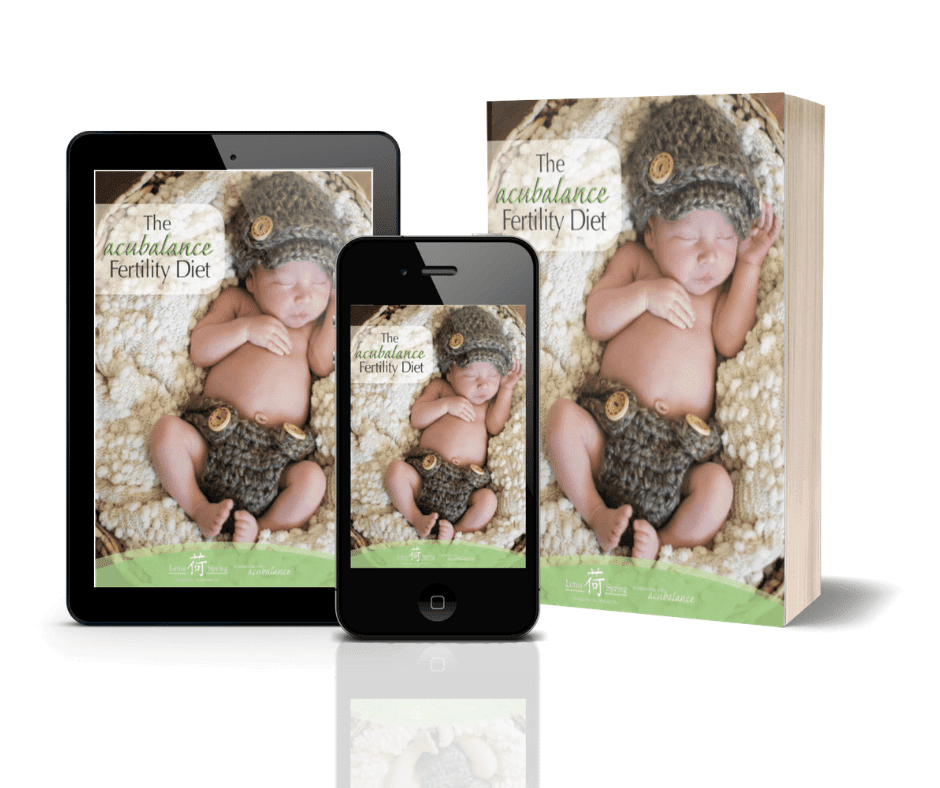